29 March 2022
Served and suffered during The Great War, resting at Sandgate Cemetery, have I been forgotten?
68 years ago today, on the Monday afternoon of the 29th March 1954, Private James Campbell, 3rd Battalion (Reg No-2334), coal miner from Teralba Road, West Wallsend, New South Wales and 5 James Street, Hamilton, N.S.W., was laid to rest at Sandgate Cemetery, age 63. METHODIST 4-24. 55. 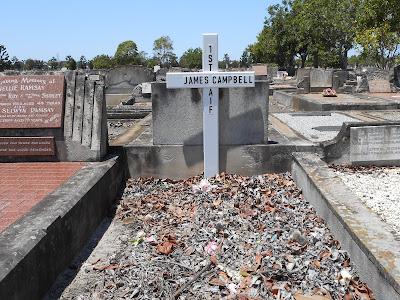 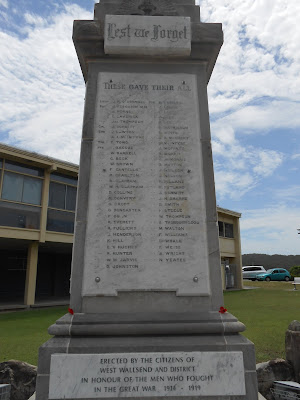 In this post we remember some of those people who have lost their lives  in our Lake.

2 Forgotten Diggers of The Great War resting at Sandgate Cemetery, will our Honour and Dignity be restored? 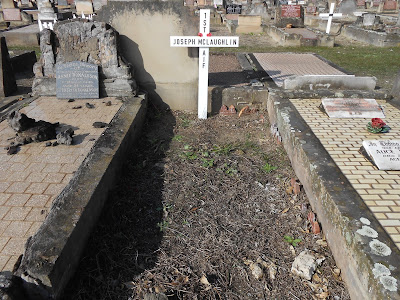 We are thrilled that local family historian, Professor Maria Northcote, will be joining us as guest speaker via zoom at 2pm tomorrow to show us how we can use Wikipedia for Genealogy.

All members are welcome to attend in person, wearing of masks is encouraged. If you are unwell please stay at home and enjoy the presentation via zoom. 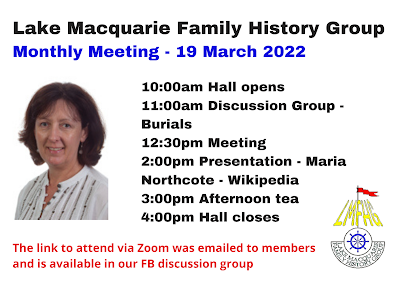 100 years ago today, on the Sunday afternoon of the 16th March 1919, the West Wallsend Methodist (Uniting) Church Roll of Honour was unveiled, with a very large crowd in attendance. 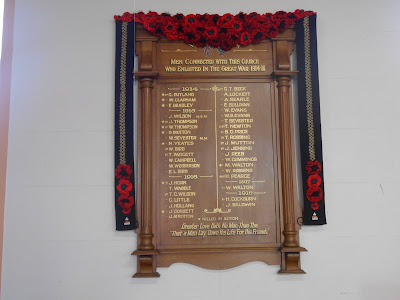 This historic Roll of Honour is of polished maple, constructed by Messrs. Mackie and Co., Newcastle.
Located at 41 Brown Street, West Wallsend, N.S.W., this magnificent WW1 Roll of Honour has been inscribed with 41 names, 12 designated as paying the supreme sacrifice.
http://nla.gov.au/nla.news-article139651288 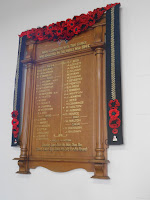 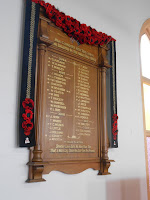 Thomas Thoroughgood of Croudace Bay was one of a number of Lake Macquarie residents who suffered a workplace accident.

We provide a safe, welcoming environment to learn about this vital tool for family history research. 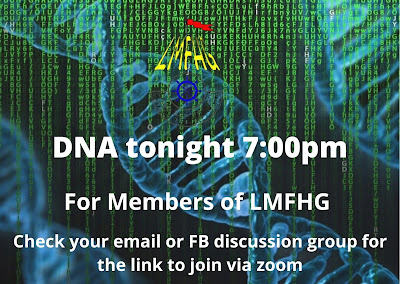 This story was posted in The Blue Mountain Echo in 1920.