A Postmaster retires after 16 years service.

An article in the Newcastle Morning Herald and Miners' Advocate (NSW : 1876 - 1954) on the 5th October 1915 tells us that "Private David Humphreys was tendered a public farewell on Tuesday evening prior to his leaving for the front."
The article can be read in full here: http://nla.gov.au/nla.news-article137974373
Two years later another newspaper reports that Humphreys had been wounded.

Humphreys who married an English lass, Jessie, returned home and was working as a miner until his tragic death in 1938. 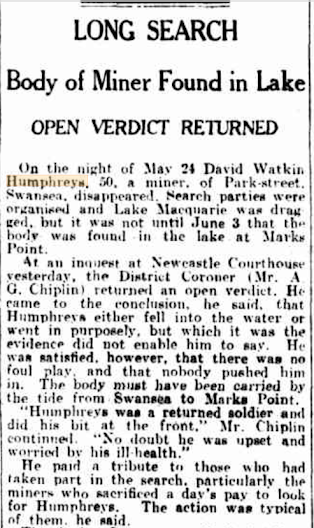 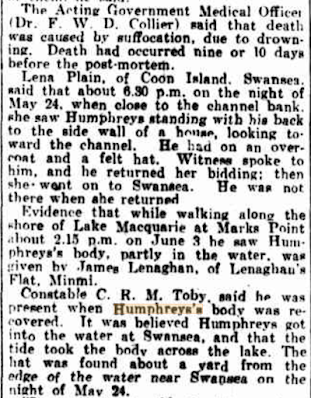 For today's post we are looking at the history of some of the Catholic Churches around the Lake. It appears that the Cooranbong community had a Catholic Church before other locations in the area.

Although a reference to the opening of the Church was not able to be found on Trove, a photo of the Church billboard (https://www.waymarking.com/gallery/image.aspx?f=1&guid=1ed09f8e-e7c8-491e-aaf2-2dfbc3a259d4) on the Waymarking website indicates that the first Church was built in 1861.

In 1880 the Cooranbong Catholic community was raising funds to replace their Church.

The new Church was finally opened in December 1906.