On Monday 23 January 1933 between four and five thousand people attended the Railway workers picnic at Blackalls Park. Trains were utilised to transport the picnic goers.
As I read through this article on TROVE I realised my grandparents and mother would have been at the picnic and the Married Ladies Race 50 meters was won by my grandmother Mrs E Taper. 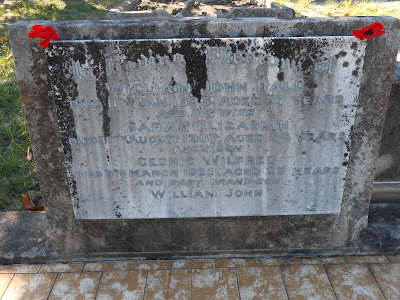 http://nla.gov.au/nla.news-article142411376 - funeral notice states service.
http://nla.gov.au/nla.news-article142411331 - obituary states military funeral.
http://nla.gov.au/nla.news-article166490827 - late Mr. W. Hall.
Born at East Maitland, New South Wales on the 9th July 1879 to Matthew James and Sophia Hall; husband of Sarah Elizabeth Hall nee Davies (married 1900, Waratah, N.S.W., died 1967, sleeping here), William enlisted March 1917 with the Anzac Cyclist Battalion at Newcastle, N.S.W.
http://nla.gov.au/nla.news-article133747303 - report of social event.
William suffered no injuries or illness during his service, and returned home July 1919, being discharged on the 4th August 1919.
Mr. Hall’s name has been inscribed on the Waratah Loyal Rose of Australia Lodge-Manchester Unity Roll of Honour (location unknown), Toronto Red Cross Honour Roll (location unknown - http://nla.gov.au/nla.news-article137487420), and the Toronto Soldiers' Memorial (photos, unveiled on the 30th September 1922, 115 names inscribed, 21 Fallen).
Mr Hall’s obituary tells us he was President of the Blackalls Park Trust, the Fassifern Progress Association, Fassifern Parents and Citizens’ Association, a member of the M.U.I.O.O.F., Waratah Branch, a trustee of the Fassifern Park, and secretary to the Toronto Returned Soldiers’ Sub-branch and Toronto Amateur Cycle Club.
Unfortunately, there is no indication on William’s headstone of his service with the 1st A.I.F., so I have placed poppies and a 1914-1918 WAR label at the gravesite in remembrance of his sacrifice for God, King & Country.
http://sandgate.northerncemeteries.com.au/.../index.php...
Also served in the Boer War. 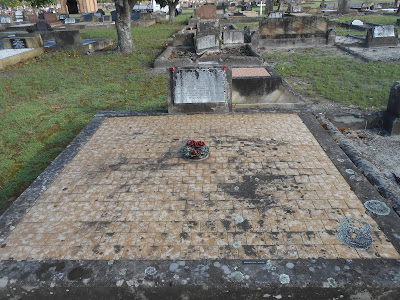 Contact with descendants would be greatly appreciated.
Lest We Forget.
at January 14, 2022 No comments:

See you on Saturday?

We are thrilled to have as our guest presenter this month one of our members, Kerrie. 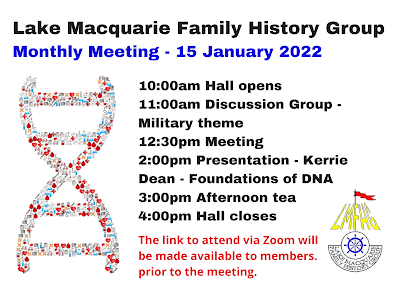 Attendees at our meeting on Saturday will need to show evidence of Covid double vaccination and sign in using our QR code. If you are unwell please stay away.
at January 13, 2022 No comments:

A perusal of family notices in the newspapers at Trove reveals several funeral notices for former Killingworth residents.

Some of these notices are goldmines of family history information. 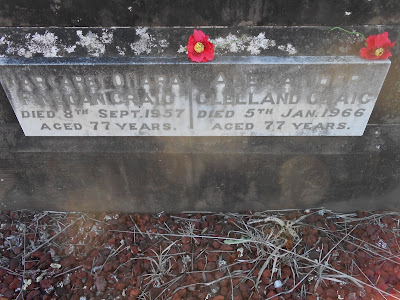 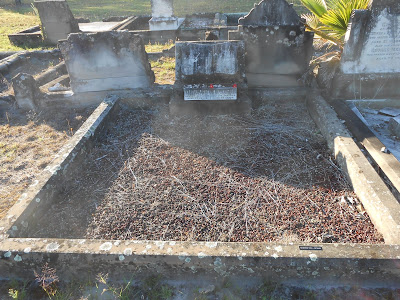 Back on Deck tomorrow

We look forward to starting our Geneayar tomorrow at Lake Macquarie with a committee meeting and opening of our research facilities at Marmong Point. 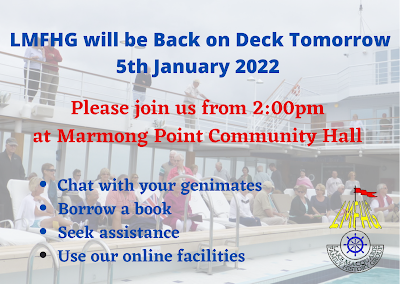 2 January 2021
Served during The Great War, resting at Sandgate Cemetery, not forgotten. 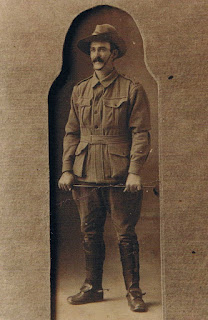 70 years ago today, on the 2nd January 1952, Private Charles Melbourne Locke, Anzac Military Police (Reg No-1790), labourer from Eungai Creek, New South Wales and 73 Lewis Estate, Belmont, N.S.W., father of two, was laid to rest at Sandgate Cemetery, age 70. ANGLICAN 3-188. 58.
No death or funeral notice located.
Born at Annandale, New South Wales on the 23 April 1882 to John Thomas and Louisa Sarah Locke; husband of Ita Monica Locke nee Hampson (married 1909, Bellingen, N.S.W., died ?) of 40A Pitt Street, Redfern, N.S.W. and 71 Somerset Street, Richmond, VIC, Charles enlisted November 1915 with the 12th Australian Light Horse Regiment at Casula, N.S.W.
Nothing located on Trove about service, returning home, etc.
I have not located Mr. Locke’s name inscribed on any known War Memorial or Roll of Honour.
Many thanks to Charles's Grandson Stephen Locke for the notification, photos and family history.
Charles had been resting in an unmarked grave, so March 2017 I placed a cross adorned with poppies on the gravesite, taken a photo of the grave and uploaded the photo onto the Northern Cemetery website as a permanent record of his service.
http://herncemeteries.com.au/inde.../war-heroes/index.php...
I will be submitting an application to DVA asking for official commemoration to restore Honour and Dignity to Charles.
Apparently also known as James Ryan.
Further information would be greatly appreciated. 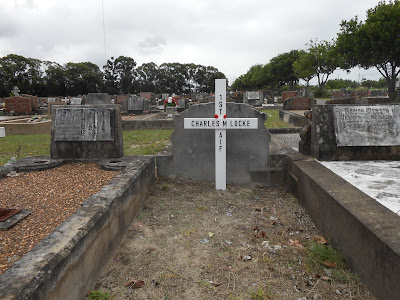