In our first outing since the onset of Covid19 LMFHG members crossed the border into the neighbouring Central Coast Council area to visit Alison Homestead Museum at Wyong.

The items on display in the several buildings at the venue provided stimulus for our conversations as we wandered around the site. Many members remarked that they have, in their homes and garages, treasures similar to those on display.

Alison Homestead and its gardens are beautifully maintained by a team of volunteers, the Central Coast area is fortunate in having such a magnificent site from which to tell their history. The many artifacts which are displayed across a number of buildings  are in good condition and are clearly labelled. It is definitely worth crossing the border to visit this venue.

Our thanks go the volunteers from Wyong District Museum & Historical Society who look after the site. Volunteers served us a Devonshire Tea on arrival and lunch at the conclusion of our tour. We are grateful to our member, Jean, for organising this outing and look forward to future opportunities to get out and about, learn about our history and enjoy the fellowship of our members.

Following are a few snaps from the site. 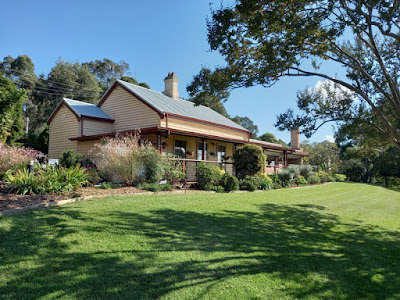 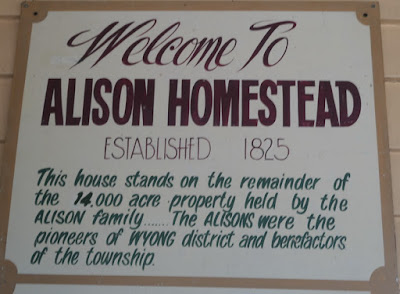 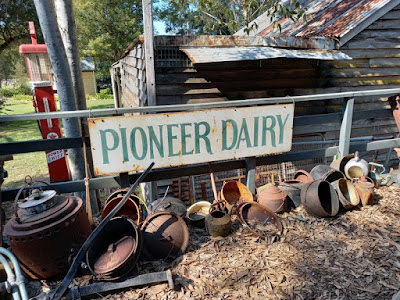 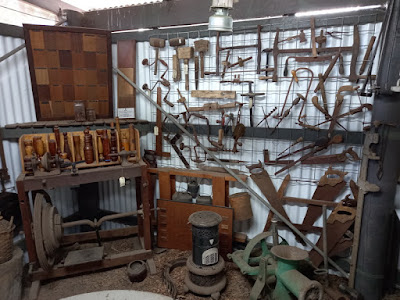 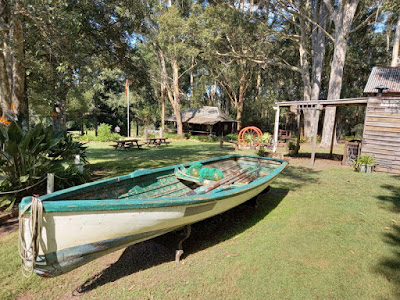 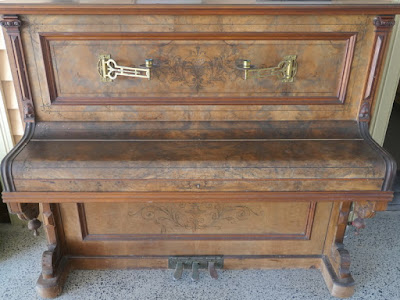 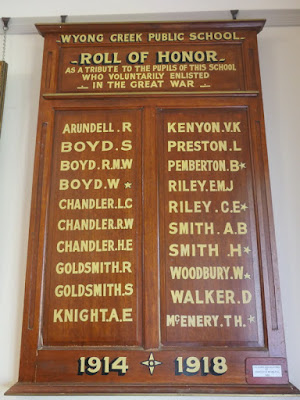 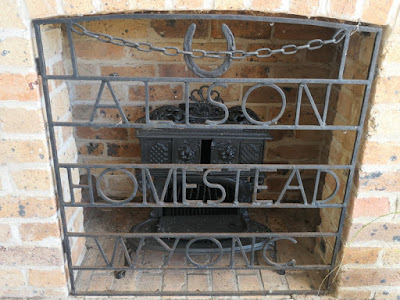 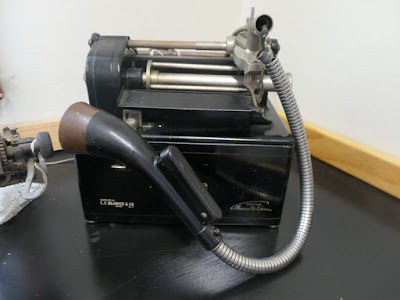 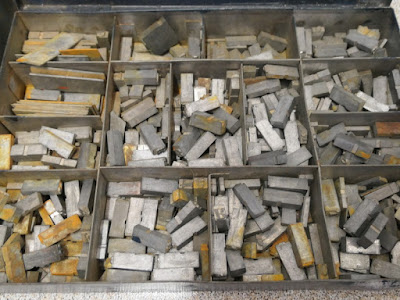 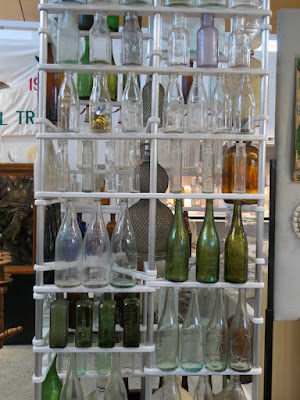 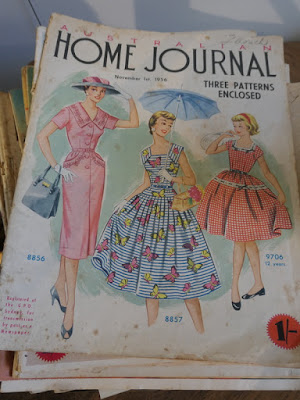 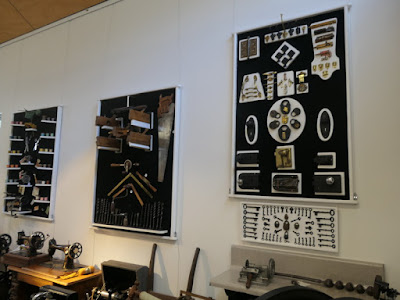 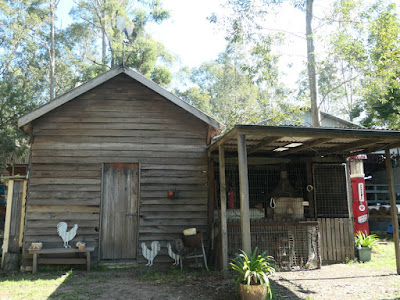 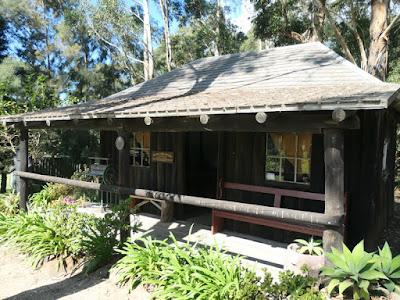 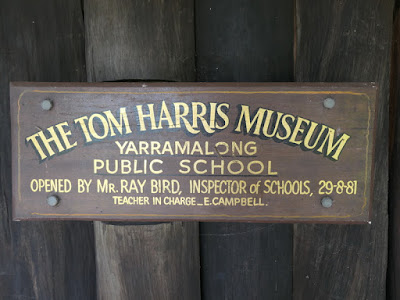 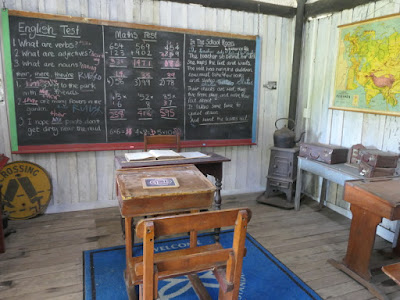 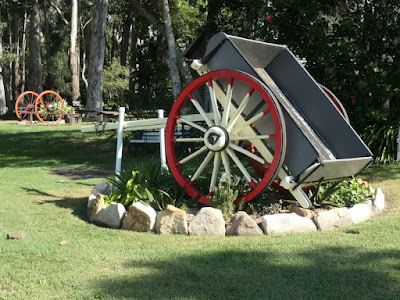 As we  celebrated ANZAC Day this week we are today remembering a WW1 Digger who lived in Buttaba Hills.

Private Robert Hartley was awarded the Military medal in 1919.

Details of Robert's award from The AIF Project page:

'For conspicuous gallantry and devotion to duty during the operations of 26th, 27th and 28th August 1918, which resulted in the capture of FOUCAUCOURT and the advancing of our line beyond ESTREES. The platoon to which this man belonged came under very heavy machine gun fire during the attack on the village, and was temporarily held up. This man went out alone to a forward position and sniped four enemy machine gunners thereby putting the enemy guns out of action and allowing the advance to continue with a minimum of casualties. Later in the operation he went out with two other men across country swept by machine guns to link up with the English troops on the right flank who were out of touch. The work of this man during the whole of the operation was of a very high order.'

In today's post we remember the work  of volunteer fire fighters in our community.

Killing off the ancestors

Most family historians in Australia use The Ryerson Index in their hunt to find or verify death details of their ancestors.

At our general meeting last Saturday Bob Atkins, a Ryerson volunteer, gave two presentations to our members and guests on the history of the Ryerson Index, how to search the index and new innovations from Ryerson.

Bob emphasized that the Ryerson index which currently has 7,785,728 entries from 391 newspapers and websites is maintained and managed by a group of volunteers. If you can spare some regular time to support this organisation you can find more information on this page on the Ryerson site, So you want to be in indexer. Our members at Lake Macquarie are hoping that some of our members and friends will consider joining Ryerson as an indexer.
Bob's sessions, presented to a live audience, were also shared with members remotely via Zoom. Bob indicated that this was a first time a Ryerson presentation had been presented to an online audience via this medium. We, at Lake Macquarie Family History Group, are proud to have facilitated this first online event.
at April 19, 2021 No comments:

The free Blogger platform that hosts this and many other blogs provides some statistical information about blog visitors.

Some time yesterday this blog, which endeavours to relate stories about Lake Macquarie people, recorded a milestone, we had our 5,000th visitor in just ten months. Even if only half of the visitors who call by our blog read a post that's a significant interest in the history of the people of the Lake.

We, at Lake Macquarie Family History Group, thank all our readers for contributing to the success of our blog.

This short obituary for a Coal Point resident appeared in Education : journal of the N.S.W. Public School Teachers Federation.

Elsie Letitia Heuston's birth was registered in 1884 at Patrick's Plains, Her father was John and her mother Letitia (NSW Birth Index: 30615/1884).

The Sun newspaper reported that Elsie Letitia Heuston was awarded her Bachelor of Arts degree on 14th April, 1918. "The ceremony was performed in the Great Hall of the University In the presence of the Governor (Sir Walter Davidson), Lady Davidson and and the members of the senate."

Several other articles in the New South Wales Government Gazette follow Elsie's career through notices of her appointments to schools in New South Wales.

Once she retired Elsie went to live with her sister at Coal Point.

Elsie and her sister were given a farewell party in Coal Point before embarking on their overseas holiday.

Elsie must have had an interest in genealogy as is explained in this lengthy article that details the story of her ancestors and how, in the mid 19th century some came to Australia and some to the US. In several overseas trips Elsie visited her cousins in the US and ancestral places in Ireland. That article can be found here: An Exile's Letter To An Exile.

Elsie passed away in 1959 so her death notice is not within the Trove collection. It was published on March 16th, 1959 in the Sydney Morning Herald Archive that is available as an eResource from the State Library of NSW.

Please note the change of times for our program on Saturday. Our guest speaker Bob Atkins from the Ryerson Index will be presenting two sessions at our meeting on Saturday. 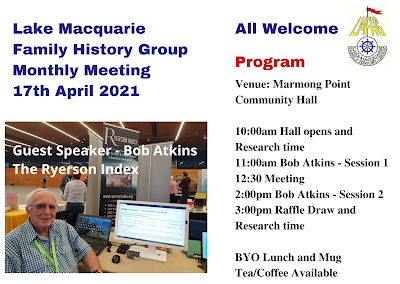 Our current houseguest, Sunny Ball, is settling in for his holiday. 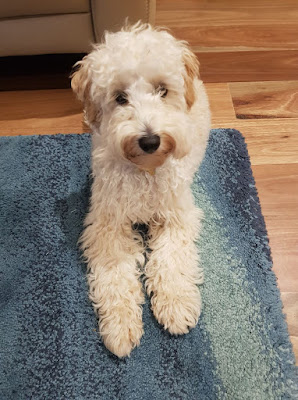 This week we remember some former citizens of Eraring.